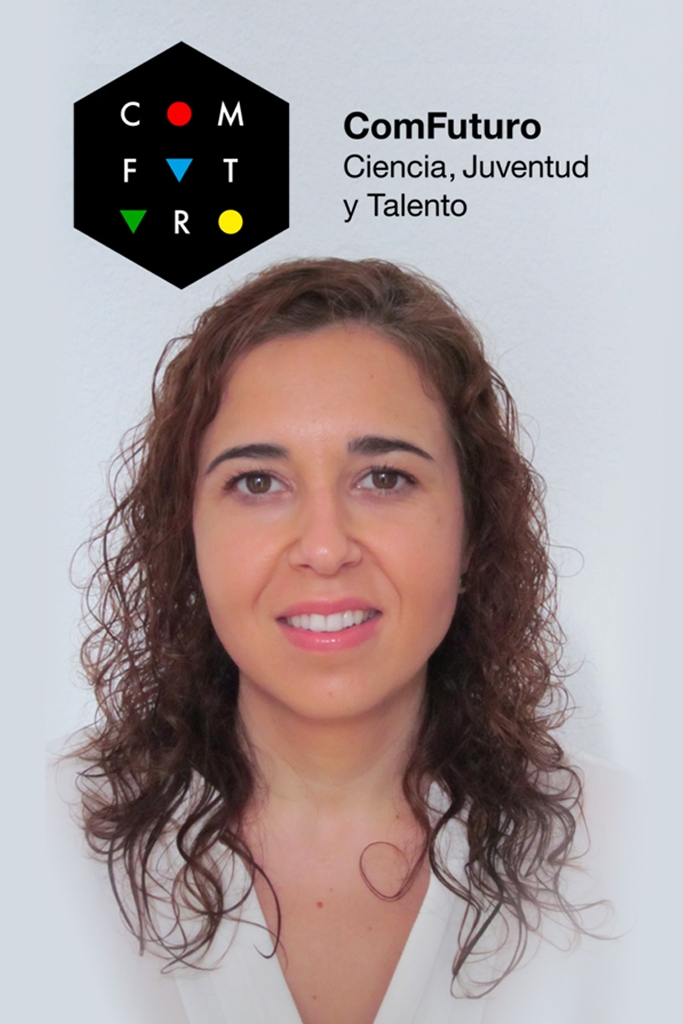 The research career of Inmaculada Couso Liañez began at the University of Huelva with a scholarship from the Ministry of Education and Science, where she was able to collaborate with the University College of London and finally obtained her PhD in 2010. In 2011, she was awarded the Best Doctoral Thesis Award and the AIQB Chair for her predoctoral research. In 2012, she started her post-doctoral stay in the USA at the Danforth Plant Science Centre, where she worked for the US Energy Department. In 2015, she joined the Institute of Plant Biochemistry and Photosynthesis in Seville, where she investigates the regulation of autophagy and its interaction with the carbon flux in green algae in collaboration with the Korean Research Institute. ComFuturo Researcher (I edition) in the line of research in the programme “New sustainable alternatives for CO2“, she developed, in the Institute of Plant Biochemistry and Photosynthesis, her project “Algal systems for CO2capture. Interaction with metabolic and signalling pathways.“.

Since the beginning of the industrial revolution, carbon dioxide (CO2) has been accumulating in the lower layers of the atmosphere, contributing to the so-called “greenhouse effect”, resulting in the global warming of the planet.  Following the guidelines of the Kyoto Protocol, the European energy policy aims to reduce emissions of this gas by 20% in 2020, as well as to increase the contribution of renewable energies. This means that it will be essential in the coming years to develop techniques that facilitate the capture and elimination of CO2 and alternatives to fossil fuels.

Today, the world’s largest CO2 sink is found in the oceans and large bodies of water where this CO2 is used by the photosynthetic microorganisms, such as microalgae, “small green factories” that have the capacity to synthesise organic compounds of high commercial value, such as lipids or antioxidants.

In these organisms, there is a close relationship between the control of cellular metabolism and carbon capture, mediated by the signalling molecules polyphosphate inositols, which would act as a code that the cells interpret to modulate the interaction between cellular regulation and metabolism.

The line of research to be developed aims to evaluate the status of these molecules in different photosynthetic microorganisms of high biotechnological value and to develop tools that allow us to control their metabolism coding and CO2 capture. The aim is to increase the commercial value of the microalgae used, and to mitigate the effects of the accumulation of this greenhouse gas.

Application: The main aim of the project is to reprogramme carbon metabolism in microalgae as a tool for CO2 capture. This will help us to increase the biotechnological applicability of these microorganisms. The aim is to make progress in reducing greenhouse gas emissions and their effects on global warming and climate change in a sustainable way by making the most of the use of photosynthetic organisms.

Consentimiento de Cookies
We use our own and third-party cookies to analyze our services and provide the most appropriate and adapted technical experience to our users. Some of these cookies are essential for the site to function properly.